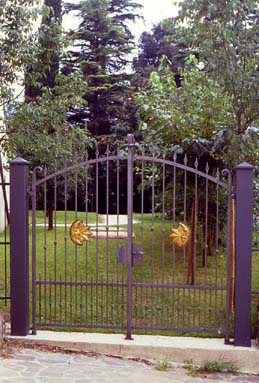 m Bookshop werden die Bücher der vom MUCGT herausgegebenen Reihen, There is the stone base of a beam press and the supporting base, also in stone, of its gigantic screw in the garden which partially surrounds the western and southern sides of the museum. There are also the travaglio for shoeing cattle from Vigolo Vattaro, and the noria for irrigation, i.e. the wheel which in Mestriago, in the Sole valley, is known by the name of röda de la Magagna, raising water from a channel derived from the Noce stream to a container and then, through another conduit, to meadows at a higher level.

In the garden there are fruit trees – cherry (ziresàr), plum (brugnàr, brugnara), apple (pomàr), quince (codognàr), fig (figàr), olive (olivo, olìf) – and ornamental trees – oleander, magnolia, laurel – finally the hackberry (Celtis australis L.), which was used for making whip handles and a row of mulberry (Morus alba L. and Morus nigra L.), which were once cultivated mainly for their leaves, used as food for silkworms. The garden is equipped with tables, benches and a fountain as a rest area.