Moving from a purely philological exposition of Italian folklore, Šebesta joined to his ethnographic work, derived from his experience as a true creator — of films and fables, of paintings and large drawings, of novels and essays, of cartoons and animated figures, a fundamental eclecticism which we wanted to express in the Museum too, with its two permanent display rooms dedicated to the founder. In these two rooms we tried to summarize, as far as possible, Šebesta’s work as chemist, inventor, cartoonist, painter, photographer, filmmaker, ethnographer, anthroposophist, writer, museologist and tireless traveller. 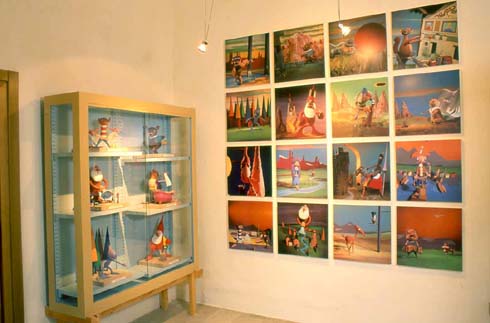